Workday: Sticking to its Game Plan

Over the past few months, Workday has continued to add new functionality to its products while consolidating its business operations; Skillsearch's Workday specialist Adam Leaver examines what the recent developments mean for contractors working within the Goliath's ecosystem.

It was news that Workday partner Cornerstone probably didn't want to hear even though it would have known such a development was perhaps inevitable - that the HR SaaS giant was all set to launch its own Workday Learning platform to complement its core HR offering, thereby competing directly with Cornerstone's services. Announcing the new initiative back in 2015, Workday's Leighanne Levensaler stated that "we will be competing, but we won't let our joint customers down"; the platform was subsequently launched this year and we have to wonder how comforting Cornerstone has found Levensaler's words in the aftermath - and how Workday's other partners might be feeling about their own futures.

This push into new areas coupled with the company's drive to consolidate its existing business are reflected by the rumours swirling round the management of its financial services; just ask Decisif Consulting who specialises, well, specialised in the localisation of Workday Financial Management.

Do As You're Told?

According to the industry grapevine, on approaching Workday about becoming an official partner, Decisif was told that it couldn't, Workday instead recommending that the company put itself up for sale. And lo and behold, the Decisif was bought by DayNine Consulting in May, in effect becoming its financial arm. The sale is particulary poignant because Decisif was the first company to specialise in nothing but Workday financials in the UK and if the rumours about the sale are true, it demonstrates the sheer power that Workday can exert on those who have traditionally served it externally - and also on those who serve it internally.

We understand from speaking to people working within the sector that Workday is targeting its sales teams to proactively push its finance platform; that sales must sell at least some finance modules as part of any deal or they will not hit official sales targets. Such actions reveal a company that has an iron-like grip on its sector - but there are signs that its grip may be slipping.

Workday's focus on pushing its financial management platform underlines a more pressing concern for the company - that its traditional core HR business is slowing as the market potentially becomes saturated; according to our sources, the number of new Workday first wave clients dropped in the UK during Q1.

To counteract the effects of a flattening market, Workday is not only actively promoting its finances offering but also maximising the potential of existing clients who are taking up its second and third wave functionality offerings; for instance, talent and learning management in the second wave and other functionality in the third wave. The aim? For Workday to cross- and upsell its full product range to make the most of its existing client base.

As well as the saturation issue, there is another factor that could be driving Workday to adopt a more, let's say, proactive approach; its competitors. Both Oracle and SuccessFactors are making successful inroads into the kind of Cloud-based services that have been the traditional territory of Workday, the former in particular slashing its prices to take on the industry heavyweight while benefiting from a broad portfolio of clients already using Oracle's other products. These clients in turn can be up-sold to with the promise of a far easier transitional period for any implementation programme because of their existing relationship with the company.

These corporate power plays of course affect the recruitment market; we've already covered how Workday will now only allow official partners to implement and rollout its systems and how Process Driven HCM professionals are in far greater demand because of the move. And while many new factors have to come into play in recent weeks, we remain positive about the opportunities for contractors to work within the Workday ecosystem now and in the future.

To deal with the changes, contractors should aim to get on board second and third wave projects as we are seeing more and more companies looking to hire configuration specialists during these phases whereas before clients would only approach official partners; critically, more companies are looking to bring in contractors to do configuration work especially if they have worked on previous versions of Workday. And while the company may be pushing its finance offerings more robustly, it's still yet to make an impact on the recruitment market as we've received very few enquiries for relevant talent from clients.

It's essential then that contractors keep themselves up-to-date on the latest Workday releases plus the functionalities being implemented during the second and third waves to ensure their skillsets remain relevant and in demand.

Specialising in Workday, HRIS and Finance tech Adam is always the first in the office and often the last one to leave. We asked Adam to tell us a bit about his personal life but he assured us that he was too focused on work to have one. Despite this he does enjoy the occasional trip to Craven Cottage to watch Fulham although we are not sure that qualifies as stress relief.

Have companies given themselves enough time to prepare for GDPR? 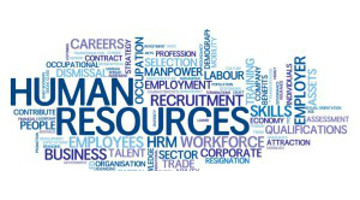 2015 saw an evolution in the SaaS HR Transformation sector, writes Skillsearch’s Adam Leaver, with the market shifting away from talent with IT-specific skill sets and instead focusing on HR consultants who boast an analytical mind and a deep understanding of the processes and procedures required to make a SaaS system truly shine in the […] The post SaaS HR Consultants: Adapt Now Or Risk Being Sidelined appeared first on Skillsearch Technology.