Here we are again! Back in those long, dark, Autumn months where the only thing to do is give ourselves a good old fashioned scare. While horror as a genre has been around for a long time, it has experienced incredible change in the last century due to great technological advancement. The real question is: why do we do this to ourselves? What is so alluring about these games that make us abandon all of our instincts and put ourselves through hell?

In my opinion, there is no reason. Only fear.

Here are my top 5 scariest games to play this Halloween!

Released just two months ago, The Mortuary Assistant has become a smash hit in the horror community. You play as an assistant at a morgue (surprise, surprise) who works the night shift. After preparing the dead bodies on your first shift of the game, you realise that something isn’t quite right as you start hallucinating. Once you return for your second shift, you are locked in by your boss and informed that you are slowly being possessed, explaining the hallucinations from the night before. The main objective is to find out the demon’s name and expel it from the cadaver to which it has attached itself. By using letting strips, you can spell out its name and decide which body is causing the most havoc on your psyche which you can track by scribbling on a piece of paper – the more it looks like a pentagram/demonic symbol, the closer you are to full possession.

The scariest part of this game is that the demons and figures that appear almost always appear in the corner of your eye so you can walk into a room before seeing what is in there with you. One of these is a white figure with black paint over the eyes and mouth, making it appear almost human but frightening enough to stand out against the darkness of the game. I’d say one of its greatest strengths, though, is the lack of expected scares. There are plenty of times where you see a door close and are expecting something to be behind it, only to be met with… nothing. The fear of the unknown and the suspense this creates is unmatched!

This Japanese game came out in March of this year and some might say the scariest part of it is the mistranslations. Playing as a barista, you have to make a variety of drinks for customers coming in late at night after your boss abandons you as soon as you arrive for your shift. Most of the game is spent completing customers’ orders as well as the mundane nature of going to and from a dead-end job. The real fear of the game is knowing that there is a stalker among the cast of characters but not being sure who it is. There are several unsettling moments including: a man staring at you from outside, two girls having a conversation about being stalked, being stared at on a bus only to discover that he was staring at the person behind you stalking you, handwritten letters about a stranger’s love for you, a man sitting in the coffee shop and you not seeing him leave. Right up until the end, it is a game of ‘who do I keep an eye on?’

The scariest part of this game is that it is rooted in reality. As a woman playing this game, I found it quite hard at times as a lot of these situations are (unconnected) situations I have been in. The fear of being left alone in a customer facing job late at night is too much to measure, especially as this game has several characters with unknown intentions.

After seeing this one, you’re probably thinking ‘why is this game on the list when it’s so old?’ I’m here to tell you that this game is still as scary as when it came out!

In Half Life 2, you play as Gordon Freeman, a scientist exploring the apocalyptic world after being frozen in time for around 20 years. You have to navigate through a sea of zombie headcrabs using a variety of weapons including a gravity gun. Fans of the game will know exactly what I’m referring to when I say that there is one level that is so stressful and so frightening that I had to bury myself in blankets for a while before being able to go out into the world again.

While it may seem like it’s just another level of killing enemies, it is actually a horrifying ghost town with little to no background music making it all the more eerie. The standard zombies are easy enough to kill although they will throw things at you unexpectedly but it’s the headcrabs that you have to watch out for, making the combat just that bit harder. I must admit that sitting in a dark room while playing this level is one of the worst decisions I’ve ever made with my heart jumping out of my chest every time a headcrab launched itself at me. As you progress through Ravenholm, the zombies get faster and more aggressive thus making me hide further under my blankets.

This level is definitely one to replay this Halloween with the terror still holding up over 15 years after its release.

With the sequel to this excellent game just a few short months away, I thought it would be time to revisit The Forest. The game begins in an airplane as you are on a flight with your son before the plane tragically crashes. Once you wake up, there is no sign of anyone else around you other than the broken, open suitcases for you to ransack. Your main objective is to find your son and survive on a desert island while fighting off a cannibalistic tribe.

This game is often qualified as a survival adventure game but the atmosphere and the enemies give it a palpable sense of dread. The first time you see the tribe members, they will keep their distance and simply observe you which is intensely creepy due to the fact that you have been exploring the island totally alone. After building a shelter for yourself, these tribe members will send out patrols to observe your base while maintaining their highly intelligent tactics. A huge part of the game takes place in the underground tunnels on the island and, while the game does provide a flashlight or lighter to help you explore, the darkness accompanied by the echoing guttural sounds from the tribe will embed itself into your mind until it is all you can hear any time you go in a dark room. This game is definitely one to pick up again this Halloween, if not for a scare then to refresh your memory before the sequel comes out!

This game is the second youngest game on the list having been released in July of this year to critical acclaim (and fear)! The game takes place within one big house where you play as Luca, a teenager who is dangerously close to being possessed – or is he?

As Luca, you begin being locked in a room with your father banging on the door and shouting at you. You discover drawings that you supposedly drew but have no such memory as well as an instant camera that provides the main mechanic of the game. Slowly, you learn about Madison Hale: a woman who killed four people and cut up their bodies for a ritual.

The petrifying part of this game is that there are actually two demons, Madison and Blue Knees – the latter being brought into the house by Luca’s father when he brought home a book about him. Both of these demons haunt Luca but Madison is trying to possess him to complete her body exchange ritual. Not knowing which demon you are dealing with brings in fear of the unknown, something that we all suffer from as humans. The darkness of the house also contributes to this as there is a long section where you have to travel through the pitch black house with nothing but a lighter, all while discovering bloody handprints among other alarming signs.

While, in my opinion, this story is quite oversaturated with villains, this only drives home harder that there is not always just one opposition to us. Including Madison, Blue Knees and Nazi scientist Hans Goring, this game reminds us that fear is all around us and cannot be forgotten.

There’s my list for 5 scariest games that you should definitely consider playing this Halloween...

Disagree or think I missed one? Let me know! 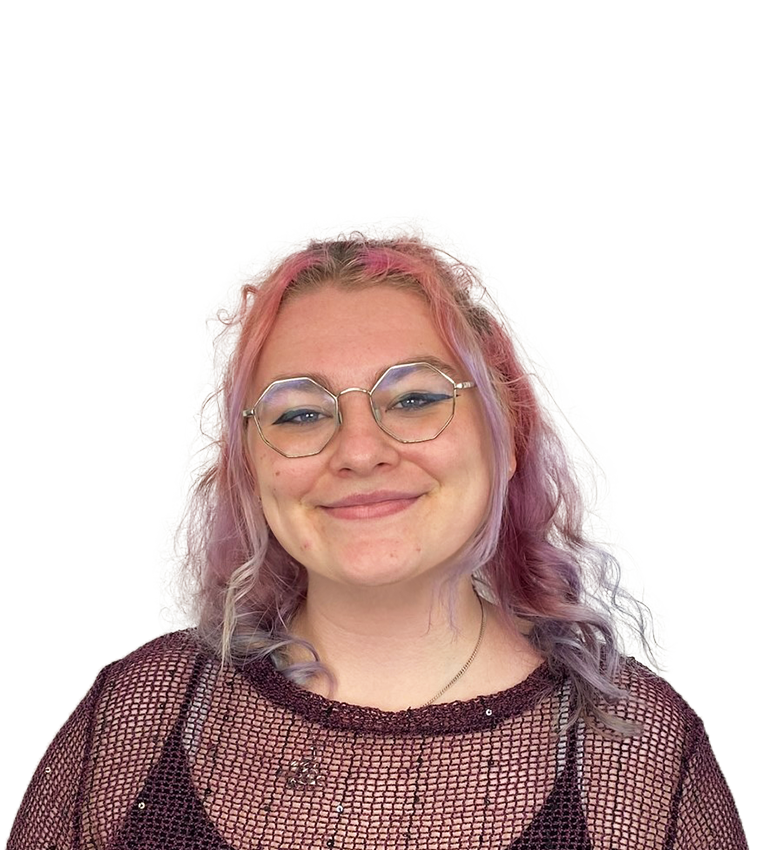 Our Art Resourcer, Eleanor is on hand to help candidates with expertise in all areas of game art from Character Artists to Environment Artists, UI Artists, Technical Artists and everything in between – so get in touch if you’re looking for a new role in this space! There’s no rest for the wicked as in her spare time you’ll find Eleanor working on her side hustle – crocheting! Ask her about her Etsy shop to see her latest creations...

Some of the best games are the ones that you just can’t pull yourself away from. It can start as “I’ll just sit down and play for a bit” and next it’s 3am in the morning and you have to be up early for work. Check out Andy's top "Just One More" games!