The Sweetest Easter Eggs In Your Video Games

We all know about Easter eggs in video games*. You spend hours and hours in your favourite game only to turn around and BAM there’s Mario in the middle of Zelda! It invites you into the world of the developers whether that’s a secret inside joke or just a fun artifact - it gives us probably more of a thrill than we should admit.

Although it’s widely agreed that many of the best are found in the classics, gamers are constantly discovering new cool Easter eggs in modern games as well.

With 100s and 1000s of Easter eggs out there, it would be impossible to list them all, so with Easter just around the corner we’ve picked our Top Five tastiest recent ones… and our Top Five classics too!

CD Projekt Red’s mega-hit open world RPG hit The Witcher 3 is rightly considered one of the best games in recent years by both critics & players alike, but not many will have encountered their Pulp Fiction themed Easter Egg. While exploring a ‘keep’ in Velen you can overhear a conversation between two guards in reference to the ‘Bring out the Gimp’ scene in the film – that’s a keep you don’t want to explore!

2018’s hotly anticipated prequel from Rockstar was every would-be cowboy’s dream as you got to roam the Western Frontier as outlaw protagonist Arthur Morgan. Unsurprisingly for such a vast open world, there were Easter eggs a-plenty, but it was the somewhat understated reference to Jungle Book that Disney fans all over would’ve enjoyed as Kaa the Snake hung from a tree in the Lemoyne area.

Considering the much-publicised relationship between HZD developers Guerrilla Games & Hideo Kojima’s studio when the Decima engine was announced as being utilised for the upcoming Death Stranding, it’s probably not a huge surprise to see a number of references dotted throughout the game. With the Stranded Necklace, Shackles & Figure all appearing in different parts of the game, there’s a clear nod from Guerrilla to their counterparts at Kojima Productions.

Yep I know, that’s the second time I’ve utilised The Witcher series for Easter eggs, but they don’t half do it well! This time you find the dead body of Altair from the original Assassin’s Creed series next to a bale of hay. I guess swan diving from 100 feet into a bale of hay is not the cushioned landing you’d always thought!

What better way to finish off the list of modern Easter eggs than a homage to the great man himself! In Insomniac’s excellent Spider-Man, Stan Lee takes up the cameo of the owner of Mick’s; a restaurant that Peter & MJ regularly frequent.

So what about the classics?

The sequel to the classic first-person shooter Doom 2 had a hidden ending which players only discovered by shooting the final boss monster in the face… and walking through it! Once on the other side of the gruesome scene, players discovered the head of the game’s co-creator John Romero, bobbing up and down on a stick. Nice. The game also plays a backward sound file of Romero growling “To win the game you must kill me, John Romero!” So that’s what you do.

It’s pretty clear that the developers of mid-90s, basketball arcade classic had a lot of fun making it! As well as including slightly more risqué language than ever before they managed to sneak in a roster of 40 extra characters… By entering secret codes, fans could get access to a range of extra players including the Beastie Boys, Bill & Hillary Clinton, Sub-Zero from Mortal Kombat and, of course, DJ Jazzy Jeff and the Fresh Prince.

We wonder if they ever got permission from the stars?

GTA has absolutely 100s of Easter eggs, and everyone has their favourite. One of our favourites is the iconic end scene from Classic Thelma and Louise! To find it you need to steal a chopper and fly over a certain mountainous location after 7pm in the evening. You’ll then see a vintage car re-enacting the famous ending of Ridley Scott’s movie, driving over the edge of a vast canyon. There’s even a group of police cars nearby!

Reddit user Comocmac305’s personal favourite was in Saints Row IV's Christmas DLC, 'How the Saints Saved Christmas', by journeying into a certain cave that’s off the beaten track, you'll find a hapless gingerbread Jedi who’s in a  bit of a fix, somehow burying his candy cane lightsabre in the snow below.

The secret cow level of Diablo II plays on years of jokes that players could enter a secret level by repeatedly clicking on the cows grazing just out of town. The level became known for a herd of walking, ax-wielding bovines that got better and better with each update of the game. Eventually, it became the most profitable level where players could find the best power-ups and item gains before developers toned it down again to its intended purpose as a novelty level…

But it gets weirder! The Secret Horse Level of Diablo III built upon the joke from Diablo II, by having players speak to the ghost of the Cow King before entering the land of Whimsyshire to kill giant purple unicorns. Again, that's giant. Purple. Unicorns.

Reminder: This is a game about killing the Devil.

So, whatever’s been hidden, its clear Easter eggs make the gaming experience even 'sweeter' 😊, and with so many still to discover we know what we’ll be doing this bank holiday weekend!

Have you seen our Games and Interactive Salary and Satisfaction survey Results for 2019? Get the latest industry data at your fingertips.

The first known concept of an Easter egg ‘hidden’ in a game (and recently made even more famous by its prominence in Ready Player One, directed by Steven Spielberg) was introduced by Warren Robinett while developing the Atari title 'Adventure' back in 1979. He embedded a secret message in a hidden room crediting himself for the game's creation - Atari’s policy at this time was to keep their employees anonymous and off the credits due to fears they would be poached by rivals!

It went unnoticed and was only found after the game was published. By which point it would have caused way too many issues to remove, so Atari kept it in and thus created the first Easter Egg!

From that point on Atari made a point of including an Easter egg in all of its games, and now game developers use Easter eggs as a way of including insider jokes, hidden messages and funny features within games.

Searching for your next job opportunity? Look no more here’s our pick of the latest Games jobs and Enterprise jobs…

Jack looks after three areas, Games Design, Games Production and Game Analytics yet with the help of his near photographic memory he will always remember you and everything you’ve ever discussed. He’s no stranger to production himself, spending a few years producing incredible tapas as Head Chef of a Spanish Tapas restaurant. Jack also owns a pug called Pumba who was the ring bearer at his wedding and even got his own custom suit to match the groomsmen. 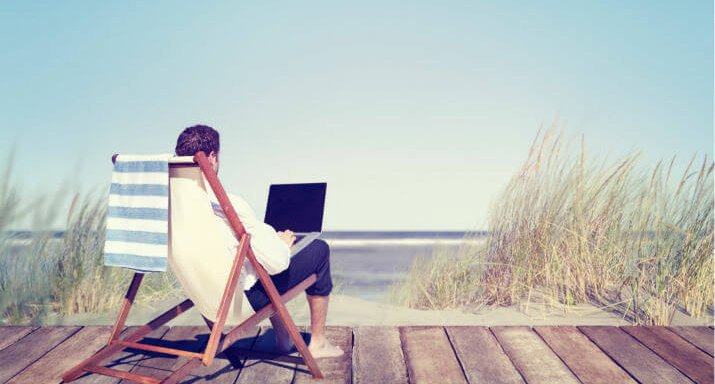 Are we dismissing remote work out of hand without really weighing up the positives and the negatives? Or is this genuinely an inconceivable option for the vast majority of studios?