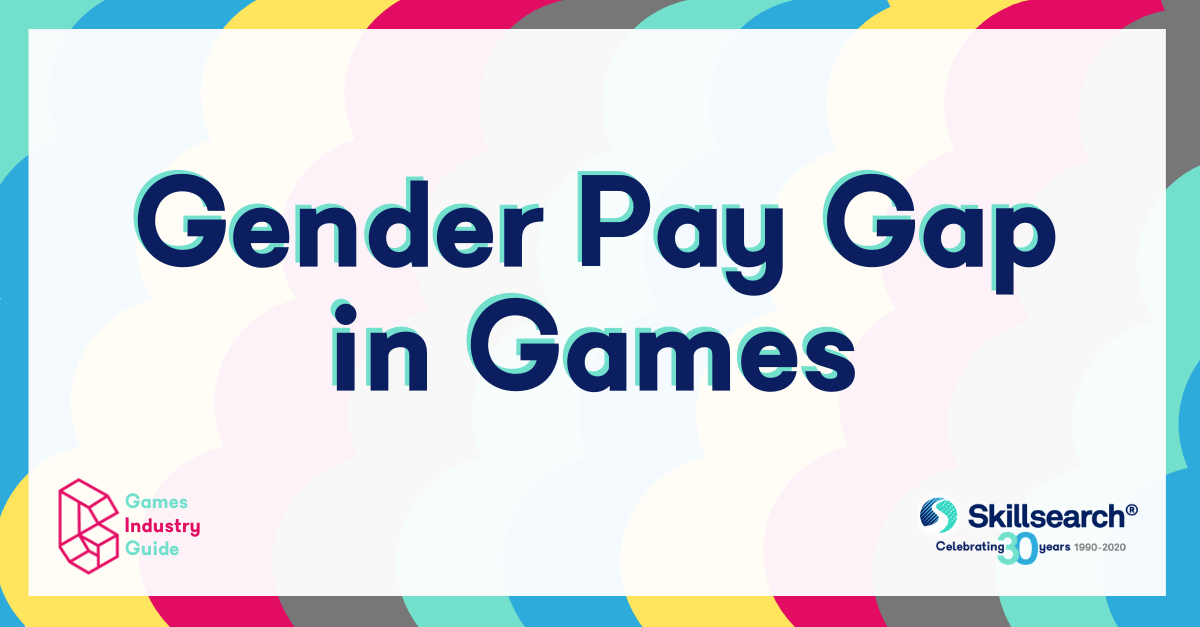 Despite the fact it’s 2020 and Gender Equality has been on the agenda for several years now, our 2020 Salary and Satisfaction survey shows the games & interactive industry is still guilty of a rather sizeable pay gap!

What does the gender pay gap in Games Look Like?

Our report shows that the global average pay gap within the games and interactive industry is around 26% - quite a bit higher than the estimated global average of around 19%.

Meaning men are earning around £12k* more each year, on average, than women working in games. Or if you look at it another way... Women who work in the games and interactive industry will stop getting paid on November 7th this year! What!

But before we get too caught up in the depressing state of the global average, let’s break it down.

How does the pay gap look across continents?

Well, the UK and Canada appear to have the smallest gap, £496 and £767 respectively, whilst the US is by far the biggest gap at a whopping £15k!

So bad news for women working in the US, but good news for the global average as the stats from the US most certainly will skew the figures.

However, when we look only at the Senior level this does change things a bit. The biggest difference is actually in Eastern Europe, with a whopping £10k less paid to women. The gap in the US is actually smaller than those in other continents, potentially meaning the large gap is more due to the distribution up the ladder.

For anyone wondering we've not left South America, Africa, Asia, and Australia out because we don't care about those guys and girls. Unfortunately, the data sets for those regions weren't robust enough to include within this comparison.

Interestingly, though the small amount of data we have from Africa and Asia appears to show women actually earn more than their male colleagues there! We’d be keen to gather more data from these areas next year so we can see if that's really the case!

So, is this an issue with women getting to the top?

Unfortunately, it looks that way, the number of female Principles and Directors was incredibly low - to non-existent, meaning we weren't able to include them within the comparison below (is this lack of senior women a true reflection on the games and interactive industry today? We hope not!) however it's clear to see that if 0% - 6% of the top positions ar women then this will most certainly skew the gender pay gap massively!

Whilst, on the one hand, it is disappointing to see so few responses for women working in senior leadership roles within the games and interactive industry, the positive we must take away is a large number of female graduates. Hopefully, this is a good sign for the future of women in games??

The table below breaks down the % difference as women go up the career ladder. And although the difference doesn't leap significantly at any point, the increase from female Juniors (getting paid just 85% of what men are paid) to women in Lead and/or Managerial roles (earning 93% of their male colleague's salary) that 8% difference could actually equate to a whole extra months pay!

So yes the gap does start to close, and whilst its a small percentage difference it will mean a lot to some. But until we see better distribution of women in those top jobs within the games industry, the gap is going to remain larger than it should be, which may, in turn, create a vicious cycle that puts women off a career in games?? Again we certainly hope not!

Finally, A Note on the Stats

It’s important to understand, although there clearly is a big disparity in the pay gap, when we take a closer look at the demographics, we can see that the number of women we spoke to make up a much smaller proportion of the games industry, 12.79% to be exact, than the 28% as suggested by Ukie earlier this year – so maybe we’ve been unable to reach some of those earning the higher salaries, in the top roles which could make the outlook more rosy??

Gender Split in the Games and Interactive Industry 2019/2020

We can’t be sure, but what we can be sure of is

a) there still needs to be many more women in the games and interactive industries. And

b) they need to be paid a fair, equal wage inline with the men they work alongside.

Many games studios are already doing a great job in making a difference for women in the industry and we’re doing our bit too supporting female grads as they embark on the start of their careers with our CV review service.

We hope we’ve given you some insightful data here and some food for thought. And if you’re a woman working in senior leadership or Director role, we’d love to hear from you in next year’s survey!

If you have any questions about this subject, or anything relating to our Games & Interactive Industry Salary and Satisfaction survey 2020 please drop me a line.

Looking for your next move? Check out our latest roles in the games and interactive industry?

How to negotiate salary - and where a recruitment consultant can help!

Talking money is as important as it can be awkward, but you can follow these tips to make sure you get what you're looking for - and learn where a Recruitment Consultant's experience can secure the best possible deal.

Each year we gather information from people in the games industry across a range of topics: salaries, benefits, remote work, priorities, and much more. This year with covid and everyone moving to working remotely where we can, it is more interesting than ever to see what’s happening across the industry.