Andy, one of our Games Design & Production consultants, isn’t only talented at matchmaking candidates with roles, in his spare time he’s a dab hand at blog writing too! So, we agreed that the best way to celebrate his wonderful games blogs is to publish them here on our website...

Last time we looked at Andy’s blog 6 Ways Games Immerse The Player in History and this time around Andy is taking us on a trip surrounding mythology and the impact traditional beliefs and stories have had on some iconic games with 6 Ways Mythology is used in Video Games. Thanks to the nature of mythology itself, these tales of gods, creatures and ancient worlds allow a lot of room for interpretation when compared to factual historic events, as explored in the previous blog.

If you're hungry for more games content, check out all of Andy’s games reviews, past and present at Andy’s Cabin Games

In my last blog, I looked at how history influences games – from the location and time period to art and significant events – and it’s a similar case for mythology in games. Mythology is the collection of myths and stories about a specific culture, religion, or any group with shared beliefs e.g., stories about the gods and goddesses of Mount Olympus.

Unlike history, which is commonly accepted to have happened, mythology is a set of beliefs passed down to us through folklore and stories. As we’re going to see below, this allows a lot of room for interpretation and goes well with the creative medium of video games.

Gods and goddesses of all pantheons regularly feature in games – from being the main protagonist (Kratos in GoW) and antagonist (more of this in point 3) to comedic narrators (Immortals Fenyx Rising) and all of a game’s playable characters (Smite). At the time of writing, the online MMO Smite has an impressive 118 playable gods from 16 different pantheons, with Hindu deity Shiva being the latest announcement.

In Immortals Fenyx Rising, the story is told through the comedic bickerings of Zeus and Prometheus (Image credit: Hi-Rez Studios & Ubisoft)

In 2020, Supergiant gave us Hades, a roguelike dungeon crawler where you play as Zagreus, the son of Hades as you attempt to escape the underworld. Along the way you’re aided by (and up against), gods and characters from Greek mythology. What makes this game stand out is its rich storytelling and cast of colourful and diverse characters. Athena and Ares are dark-skinned, Dionysus is south Asian, Hermes is east Asian, and Eurydice is a Black woman crowned with an afro made from the branches and canopy of a tree. Hades is inspired by classical mythology rather than modern adaptations and the game’s Creative Director, Greg Kasvin, explains this diversity choice: “they’re called the Greek gods because they were worshiped in ancient Greece, not because they themselves are ethnically Greek.”

This year’s GoW Ragnarök also looks to follow Hades in its diverse representation of gods – this time in Norse mythology.

Games full of mythology have no shortage of folklore and interesting stories to tell the players and one way of doing this is through cinematics and onscreen descriptions. God of War and Assassin’s Creed Valhalla change this up by fitting in storytelling as the player traverses the map and open world (or worlds in GoW’s case). In GoW, the talking head of Mimir tells stories from Norse mythology, and in AC Valhalla, your Viking crew will share songs, Nordic folktales, and funny anecdotes as you travel the English rivers looking for Saxon settlements to raid.

It’s a good example of introducing the player to common stories from the time while also not interrupting gameplay. A similar method is used in Mafia 3 where the radio stations provide a backdrop to the American Civil Rights Movement in the 1960s (as well as filling in for the lack of fast travel).

Video game baddies have long been inspired by mythology and folklore – from the monsters in The Witcher (mainly Slavic folklore) to the ancient Mesopotamian demon Pazuzu in House of Ashes, which also happens to be the same demon from The Exorcist.

My favourite use of this is 2019’s Game of the Year, Sekiro: Shadows Die Twice, which blends history and mythology together – a winning combination in my book. Set during the Senguko-Era in late 16th century Japan, the game draws closely from surrounding legends and myths, mainly in the design of enemies and bosses inspired by Yokai (Japanese spirits). From the Demon of Hatred to the Divine Dragon, Sekiro’s creatures are both beautiful and terrifying – which might make facing them for the hundredth time a little more comforting.

The strategy Total War series has long kept history and mythology separate – Rome & Three Kingdoms focus on events in history while the Warhammer titles have a fantasy setting. The latest entry, A Total War Saga: TROY, blends aspects of mythology with events of the Trojan war and gives players a choice at the start for how deep into mythology they want to go.

Historical mode keeps the game grounded while Mythological mode brings to life the beliefs and legends of the ancient peoples. Gods of Olympus will interfere in battles and legendary monsters such as the Hydra and Cerberus can be hunted down and recruited into your army.

I like the Truth Behind the Myth mode as it supports the idea that mythological accounts originate from historical events and people (known as Euhemerism). Take the Minotaur for example, in Greek Mythology he’s a monstrous man-eating beast that is half man and half bull; whereas in Total War TROY, the Minotaur is a heavily built bandit king who makes a claim for power by connecting the bull mask and double axe to Minoan heritage.

On the left, a man in a costume; and on the right, a very real mythical beast (Image credit: Sega)

Many of the myths, legends, and tales we know today have been passed on through traditional forms of storytelling and songs that in turn preserve cultures. Games allow players to take part in the story and Never Alone paired game makers and Alaska Native storytellers to create a game based on the traditional Iñupiaq tale of Kunuuksaayuka.

Never Alone is an atmospheric puzzle platformer that combines traditional lore and visuals inspired by art from Alaska Native cultures. The game also provides additional insights into Alaska Native culture through mini documentaries and interviews with elders that are unlocked as you progress (found all together here).

Mythology allows games to break free from earthly restrictions and gives developers a free hand in the interpretation of godly domains and their inhabitants.

The realm of the dead, for example, is a popular game destination; in GoW and Hellblade you have Helheim from Norse mythology and in AC Origins you are introduced to the Duat (ancient Egypt’s realm of the dead) as you assassinate high profile targets.

The DLC for AC Origins allows the player to actually visit the Egyptian afterlife which is split into four realms. These contain elements from Egyptian mythology that include Aaru, the field of reeds; giant scorpions; Ba, human-headed birds expressing mobility of the soul; and Aten, the sun disk.

I have to give a final shoutout here to Hades which features my favourite mythological location in a game. It’s not the deadly dungeons of Tartarus or the beautiful Elysium fields but the home of the title man himself. Hades, the lord of the underworld, sits behind a stone desk and is up to his neck in paperwork with the loyal (and oh so cute) Cerberus sitting by his side.

Looking at this year’s releases it’ll be interesting to see how GoW Ragnarök wraps up the rebooted franchise with its take on Greek/Norse mythology. Coming out sooner is the next DLC for Assassin’s Creed Valhalla (also with Ragnarök in the title) that goes full Norse mythology – perhaps signalling a change in setting for future games?

Further down the line, the stunning Black Myth: Wukong is an action role-playing game based on the 16th-century novel Journey to the West that focuses on Chinese folklore and mythology. As for Hellblade 2, will the sequel continue the dive into Celtic and Norse mythology or keep us grounded in the Viking age?

What parts of myths and folklore would you like to see in future games?

If you know any other games that use mythology in their stories, join the conversation on LinkedIn! Or get in touch with Andy directly and he’d be delighted to chat about it with you

Keep an eye out on our news page as well as our LinkedIn and Twitter to catch more of Andy’s blog content coming soon!

Also, be sure to check out all of Andy’s blogs on his website: Andy’s Cabin Games

Finally, if you’re looking for a job in Games Design or Production, Andy is your guy! Check out all of his live roles here, or get in touch with him on ad@skillsearch.com 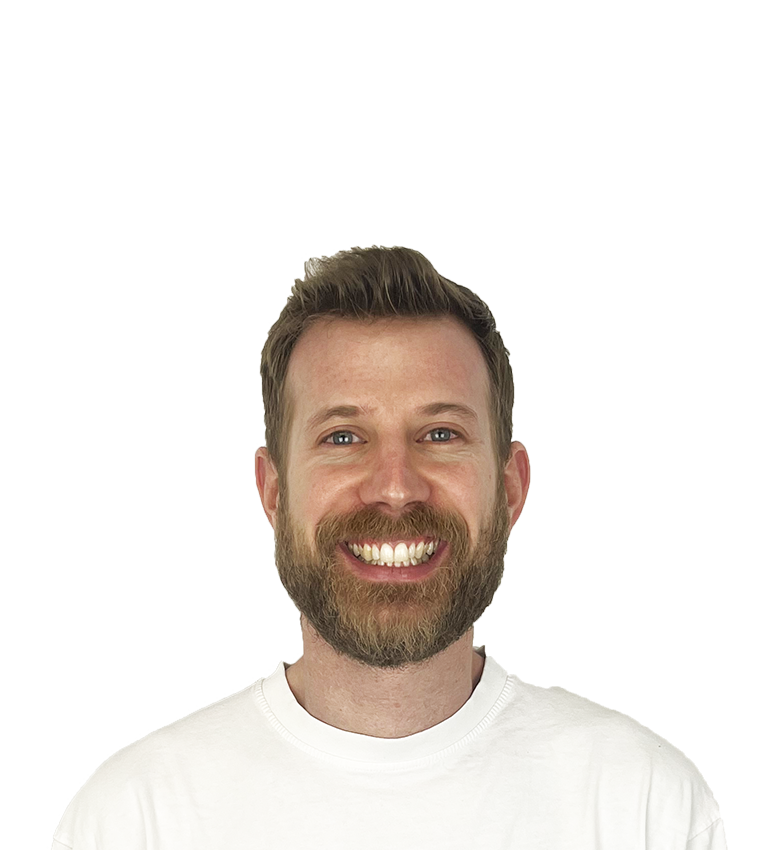 Andy leads our Game Design and Production division on our games team and his favourite games are narrative-based, survivor horror and strategy so Andy is a great person to have on your side during a zombie apocalypse! Aside from gaming, his spare time is dedicated to trying lasagne from as many different Italian restaurants as humanly possible. We all support his pursuit of this mission during office lunchtimes - especially if there are leftovers! Get in touch with Andy for all your lasagne, apocalypse and Game Design/Production needs!

Despite the fact it’s 2020 and Gender Equality has been on the agender for several years now, our 2020 Salary and Satisfaction survey shows the games & interactive industry is still guilty of a rather sizeable pay gap!